The Andalusian Union of Journalists (SPA) announces the 11th International Journalism Award ‘Julio Anguita Parrado’, in memory of the journalist from Córdoba who died on 7 April 2003 in the Iraq war. The award is sponsored by the City Council of Córdoba, the University of Córdoba, the Junta de Andalucía and the Parque Joyero de Córdoba.

1. The aim of the award is to recognise a brilliant professional career, committed to the defence of human rights, of journalists of any nationality, or of organisations or journalistic entities, who have carried out work in areas of armed conflict or of special social violence.

2. The Julio Anguita Parrado Journalism Prize is endowed with 2,500 euros and a commemorative figure.

4. Professional organisations in the field of journalism, including the media, may also propose candidates through their governing bodies

5. Applications can also be submitted by other professionals organizations of journalists and media workers, institutions or organizations that remain outside the journalistic space agreements or partnerships with the SPA or FeSP.

6. The application must be accompanied by a reasoned report, together with the candidate’s CV and any written, graphic or audiovisual documentation, which is considered appropriate for the accreditation of merits (links to it is a requirement). In addition, the proposal will include a telephone number and contact e-mail address to which the jury of the prize may address itself in order to carry out the verifications it deems appropriate.

7. Nominations for the 11th edition of the Julio Anguita Parrado Award must be sent by post or e-mail to

By email to: comunicacion@spandalucia.com Subject: Name of candidate + Premio Julio

8. The deadline for the submission of nominations is February, 27th 2018. The jury’s verdict will be announced during the month of March 2018 and the award ceremony will be held in the city of Córdoba on April 7th, 2018.

9. The jury, appointed by the executive of the Andalusian Journalists’ Union, will be made up of Fernando García Mena, news director of Canal Sur; Patricia Simón, freelance journalist specialized in International, human rights and gender perspective; Yolanda Álvarez, reporter for the programme En portada from TVE (Spanish Public Television), former correspondent in the Middle East; Jorge Bolaños, dean of the Faculty of Communication and Documentation at the University of Granada; Rosa Aparicio, director of the Communication Cabinet at the University of Córdoba; Juan Antonio Anguita Parrado, by the family of Julio Anguita Parrado, and the general secretary general the Andalusian Journslists’ Union, Francisco Terrón Ibáñez, who will act as secretary of the jury, with voice but without vote.

10. Participation in this award implies acceptance of the rules and verdict of the jury. 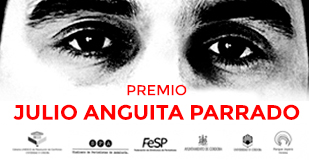 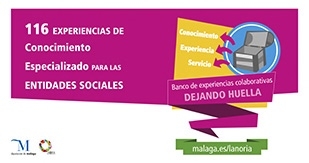 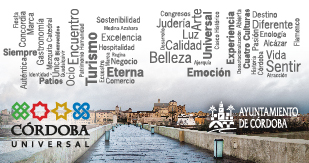 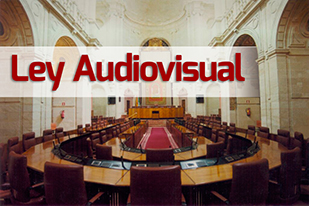